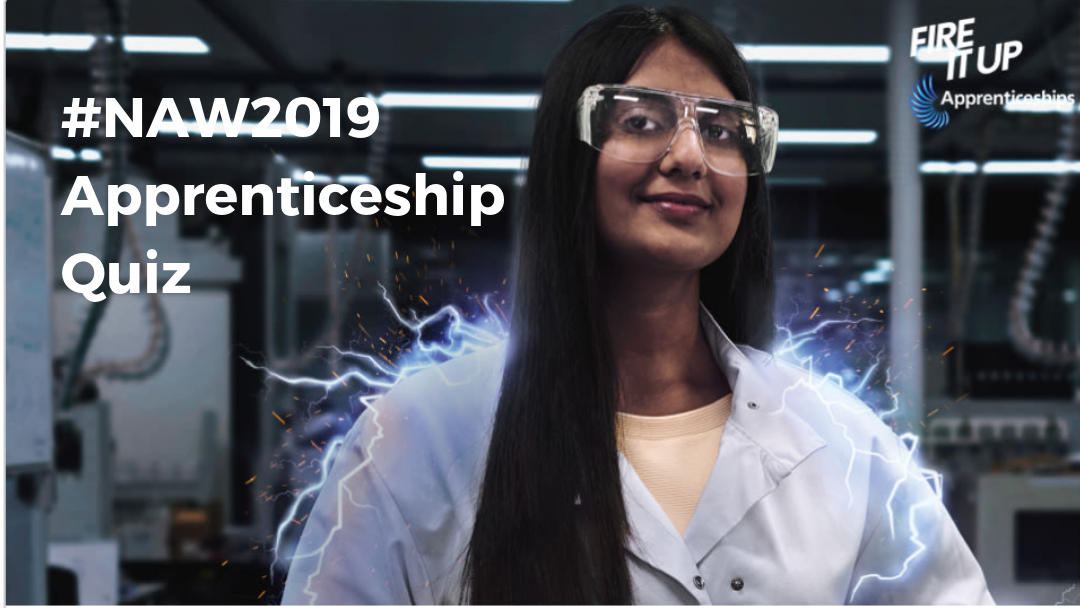 It’s National Apprenticeship Week – when training providers, colleges, local authorities and other stakeholders promote the great route to work that apprenticeship provide – and this year, SupplyTrain is delighted to announce that our apprenticeship quiz concept has been adapted and rolled out nationally to all schools in England as part of this year’s celebrations.

When SupplyTrain was commissioned to run an apprenticeship marketing campaign for Swindon & Wiltshire LEP in 2018, we thought it important to create something tactile as part of our engagement with 14-24 year-olds that could be used at jobs fairs, school careers sessions and online. The aim was to challenge young people to rethink apprenticeships as a career option.

Anyone who has worked with young adults will know there’s a lot of misconceptions about apprenticeships in terms of the job roles, pay and lifetime earnings. We wanted to use the young person’s apprenticeship quiz to address those misconceptions in a fun way. We had the standard questions on age, job roles and levels, but also brought it to life with information on student discount cards, holiday pay and even an England vs Germany penalty shootout on which country did better at World Skills!

Thankfully, the quiz had the desired effect of getting people talking, laughing and challenging their peers to better their score. At the end of the quiz we asked users if it had made them ‘rethink apprenticeships’ as a career option and over 72% said ‘yes’! (Over 80%, when run as an interactive school careers session.)

Snowballed to 1,000s of completions in a week

Less than a week since its launch, the Amazing Apprenticeship quiz has already had 1,000s of completions and been shared across social media.

“Amazing Apprenticeships works closely with schools to try and raise the awareness of apprenticeships. We do this in different ways, but when we see a good idea, we want to bring that idea to as many schools as possible. This was the case with SupplyTrain’s original Young Person’s Apprenticeship quiz – we could see the potential to use it across England.
“We collaborated with SupplyTrain to create something that tied in with the official apprenticeship marketing campaign and are really happy with the impact the finished quiz is having and SupplyTrain’s support.”

What about an apprenticeship quiz for employers?

Although we have run apprenticeship marketing campaigns aimed at young people and parents… our true focus is employers. Without employers there are no apprenticeships, which is why we’re so keen to give businesses up-to-date, impartial apprenticeship advice for free.

You can take the SupplyTrain Employers’ Apprenticeship quiz below or on our homepage, which we hope will inspire small business leaders to pick up the phone and call a training provider or two – or get in touch with us for further advice before doing so.

To keep our free phone line going, where we give impartial apprenticeship advice to employers, SupplyTrain provides marketing and business development support to the apprenticeship sector.

We can work with your marketing or apprenticeship teams to create great resources that engage employers, parents or young people in the work that you do.

Learn more about our marketing support